This past Saturday marked the formal celebration of Canada’s sesquicentennial, officially known as Canada 150, a campaign that has been marked by no little amount of controversy. It shouldn’t be necessary to disabuse American readers and listeners of the popular fallacy that Canada is simply an unfailingly pleasant intellectual haven to the North led by sentient meme Justin Trudeau. Such beliefs can largely be chalked up to the egocentrism of the American news media.

Canada—like nearly every nation—cannot be defined by a single set of experiences. Its is a messy history instead, composed of a patchwork of vibrant communities, indigenous and colonial and immigrant alike, none more authentically Canadian than another. There is just as much political wrangling, moral and ethical issues, boorishness and brilliance, and arts and culture as is to be found everywhere else in the world. None of this is to denigrate Canada, rather to offer readers a reminder that the nation exists on the plane of reality, where complexity abounds.

Just like the country which has birthed them, Canadian podcasts are an enthusiastically varied bunch. One of the strongest through-lines among the nation’s noteworthy shows is an attempt to showcase the diverse chorus of voices which make up the country, acknowledging that there is no universal “we” without giving its people the ability to relate their own authentic experiences. If the Canada 150 campaign was derided as a celebration of colonialism, then Canada’s podcasts appear set on changing the conversation.

We here at Constant Listener have long been fans of that country’s audio output, dating back to early CBC exposure from the likes of Sook-Yin Lee, hosting Definitely Not The Opera, to Stuart McLean (may he rest in peace) on The Vinyl Cafe. Of course, at the same time there was also Jian Ghomeshi on Q—which, in the interest of full transparency, was not a show that I listened to—but that dark moment in Canadian audio can’t and shouldn’t be elided. This is not the place to write about Ghomeshi and what he did, as plenty of others have done so with greater insight elsewhere. Oddly it was that very incident and the ripple effect of its impact that led to the growth and exposure of some of the best shows recording there today.

It was Canadian journalist Jesse Brown who in 2014 really broke wide the story of the Ghomeshi incident for the Toronto Star along with Star writer Kevin Donovan. At the time that this occurred, Brown was about a year into hosting the independent podcast CANADALAND, an intelligent, assiduous, and often humorous critique of Canadian media. The additional attention which Brown’s work garnered turned this moment into something of a flashpoint for the show, with the merits of its solid foundation and dogged, sometimes pugnacious pursuit of the truth suddenly quite evident. It also helps that Brown is as much a magnetic personality as he is a thorough journalist, making the podcast a treat to listen to regardless of exposure to Canadian politics or media.

From the popularity which CANDALAND gained, the show has grown to become a network, spawning two new shows and an acerbically funny book, The CANADALAND Guide To Canada (Published In America). It is one of those two new shows, the network’s arts and culture program The Imposter that we at CL find to be one of the finest, most compulsively listenable shows in the world of podcasts today. Hosted by Aliya Pabani, The Imposter is the rare show about exploring and documenting art that feels itself like a work of art at the same time.

There is a spirit of youthful rebellion to the program in that it feels like an audio analog of a basement punk show: sometimes aggressively weird, but a place where all are welcome and the rules are being written on the fly. The show’s production is decidedly fresh as well, eschewing traditional radio-first formatting. Episodes often feature minimal narration with an emphasis on distortion that sometimes verges on alienation, but in the way which beckons your curiosity to follow. Another factor which makes this feel like a bit of a miracle is that Pabani was not originally supposed to be that show’s host, it was only after Chandler Levack departed the program while it was in development that she was brought on, so what we’re getting is like the Earth-2 timeline of events and it is glorious.

Pabani and company make a point of focusing on inclusivity, robustly covering indigenous artists and queer culture, but the show is also not above devoting an entire live episode to celebrating Degrassi or trying to weasel their way into Chad Kroeger’s old mansion. The program has just wrapped its first season with a two-part episode on indigenous music from the extremes of rock and roll and opera in a rather beautiful, sensitive manner. The Imposter deserves high praise for producing a show that is sonically distinct, constantly engaging, and actively expanding the very notion of Canadianness.

The aforementioned CANADALAND book also helped to direct us at CL towards the work of one of its co-authors, Vicky Mochama. Mochama is the host of the Metro News podcast Safe Space along with Ishmael Daro. The show bills itself as a safe space for bad takes, and it is a delightful and funny listen as well, focusing on inclusivity in a way that feels an organic and of the moment. We look forward to listening more to this entertaining program in the months ahead, but from our initial exposure we can safely say that it is worthy of recommendation here.

Last summer, following the unforeseen ending of the CBC’s Definitely Not The Opera after 14 years, listeners were given an equally unforeseen and wonderful gift in the form of that network’s Sleepover podcast. Former DNTO host Sook-Yin Lee’s triumph of human empathy quickly became one of the most unique and endearing podcasts. The show operates like a kind of radical group therapy, thrusting three strangers into an unfamiliar situation as they spend a night together and help solve each other’s personal issues. Where the show really shines is in its dedication to differing viewpoints, filling nearly every sleepover with a child, a young adult, and an older adult, all of varied walks of life.

This commitment to honoring its subjects’ lived experiences often leads to surprising insights, showcasing the intense things which result when everyone’s perspective is valued equally. With Lee’s interviewing chops honed through 14 years at the helm of DNTO, she has free reign to engage the sleepover subjects fearlessly as well. Like a skilled acrobat working without a safety net, Lee’s interview style is daring and nervy, but it is precisely because of her training that she can take such risks. This often means that the show’s emotional tone vacillates between

Another of Sleepover‘s many accomplishments comes from Lee and her production team’s recognition of the Torontocentrism plaguing many other podcasts, choosing instead to record in locations all across the country. This move helps to deepen one’s understanding of Canadian geography, its people, and their lives. As an American listener this is essential in getting a more complete picture of life in this vast nation.

In fact, while all of the shows that we’ve talked about here have displayed a commitment to telling the stories of Canada’s indigenous people, it is one thing to be included and another thing entirely to have consistent representation. That is precisely the belief which led Anishinaabe/Metis comedian Ryan McMahon to create Indian & Cowboy, an entirely indigenous podcast and media network. McMahon’s own podcast Red Man Laughing anchors the lineup, with a full nine other programs rounding out the roster. These programs address everything from the intersection of black and indigenous life, to a critique of sci-fi from an indigenous perspective, as well as arts, music, and culture. In addition of McMahon’s network, broadcast veteran Rick Harp hosts the Media Indigena podcast which provides a weekly wrap-up of the landscape of indigenous issues in Canada. These programs are examples of what make podcasting such a vital force in communication.

There are so many shows of note that this column threatens to stretch on to infinity, so we’ll be switching things up to a list format: 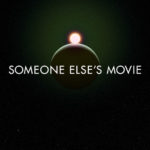 Easily one of the finest movie podcasts, hands down. Host Norm Wilner invites guests from the film industry on ”to give a little love to a film they didn’t make,” as Wilner puts it. Every episode features an industry figure who brings a favorite film to discuss, but the conversation often turns into a personal exploration of their own craft. Wilner is Senior Film writer for NOW Toronto and he brings an incredible depth of film knowledge and thoughtful criticism as a result. 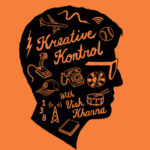 Vish Khanna’s extensive music and culture podcast is one worth celebrating for amount of time and research Khanna puts into his interviews. Episodes range from conversations with alternative comedians and musicians, to the time that Khanna made an entire audio documentary on whatever became of the critically acclaimed band Drive Like Jehu. 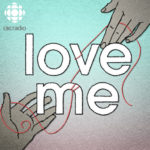 This show is punch-you-in-the-nose good. The kind that is full of swift emotional connections that will have listeners blinking back tears out of the blue. Producers Cristal Duhaime and Mira Burt-Wintonick, along with host Lu Olkowski, make an excellent, artful affair out of exploring the messiness of human connection in a myriad of settings, whether on garbage trucks or in jury rooms. Season two launches on July 10th, so now is the perfect time to subscribe. 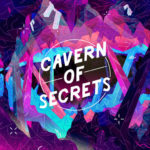 An offshoot of Hazlitt the Canadian online magazine, Cavern Of Secrets is a funny and insightful show hosted by stand-up comedian Lauren Mitchell. Predicated on interviewing bold, intelligent women in a manner which they so rarely get to, Mitchell has spoken with authors, musicians, and activists focusing on intersectionality with a healthy dose of humor. 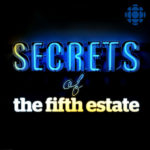 Secrets Of The Fifth Estate

The podcast companion to the CBC News’ Fifth Estate television investigational journalism newsmagazine, this show provides an extended look behind the scenes of its reportage. The stories are always deeply researched and emotionally affecting. This is particularly true of the most recent episode on indigenous youth suicides, an entry that is emblematic of the show’s mission and style.

What shows have we missed? Let us know in the comments below, or hit us up on twitter!